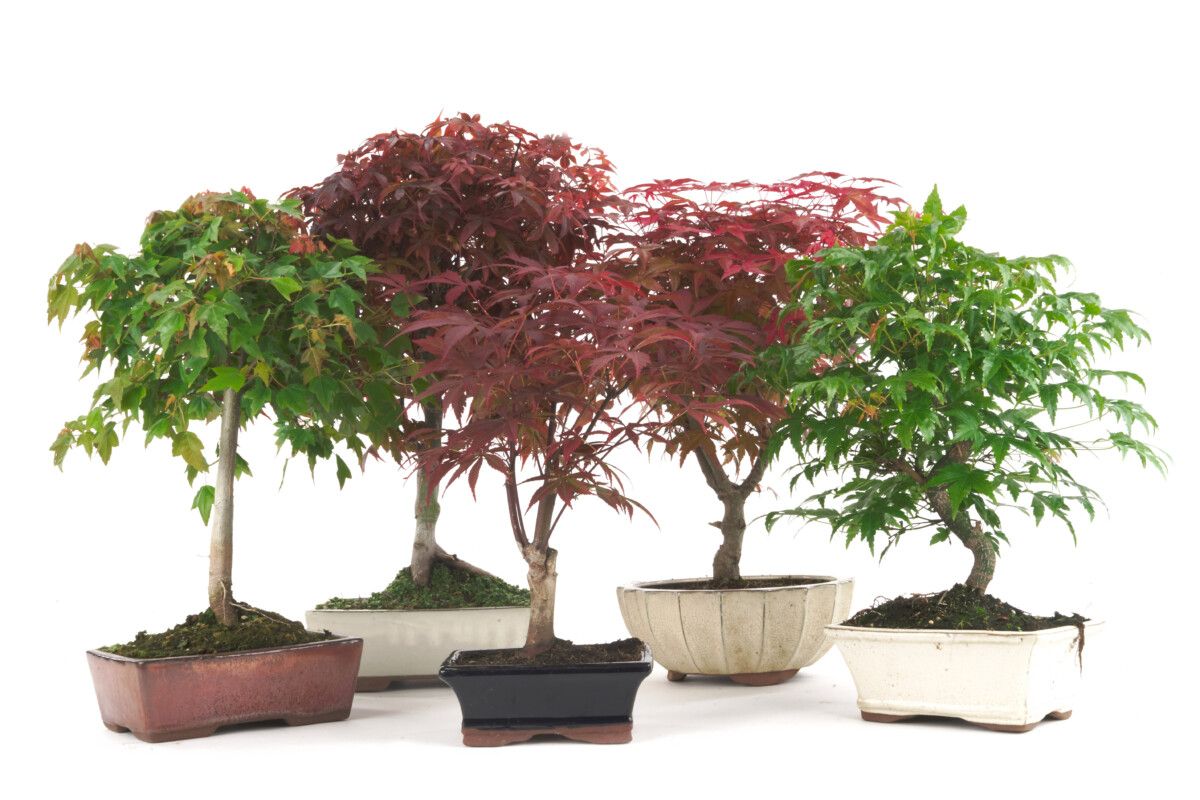 Maples show us how the seasons change like no other tree. With the bare appearance of its branches in the winter, its spectacular and colourful budding in the spring, the luxuriance of its foliage in summer and the delicate colouring of its leaves before they fall in the autumn.

We’ll start with the Acer palmatum and its numerous varieties.

Known as the Japanese Maple, it’s famous for its spectacular sprouts, with an intense carmine colour.

Its leaves are palm-like, with slightly serrated edges. In summer, they take on an intense green colour, but when autumn arrives, the colour fades to intense garnet tones.

These are not the Acer trees with the finest branching, but they are the most showy. They require humid and cool climates, so in summer, it is usually necessary to protect them from the direct sun to prevent the tips of the leaves from burning.

Unlike the Acer buergerianum, they sprout once or twice a year, at most, so defoliating them is not the best solution. Of course, we can groom its leaves and eliminate the largest ones to improve the fineness of its branching. 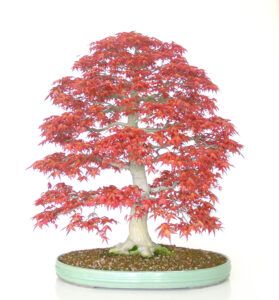 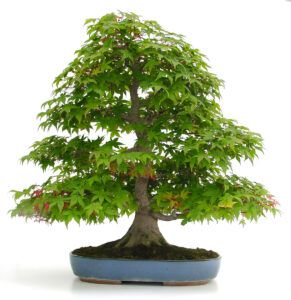 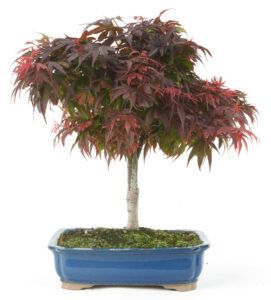 This tree sprouts with an intense maroon colour that lasts the entire season. In summertime, the colour of the leaves darkens even further. In autumn, the carmine colour returns, which decorates the leaves before they fall.

Like all Acer palmatum trees, its leaves are palm-shaped with a very fine blade, but this variety is more resistant to dry environments than the Deshojo variety.

They are very vigorous and very strong trees, which makes them perfect for beginners. 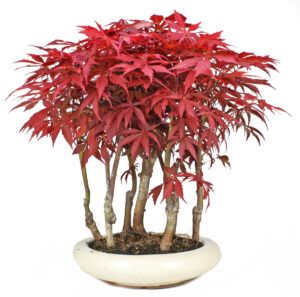 Its leaves are palm-shaped, but longer than other varieties. The leaves are maroon throughout the season.

They are known for their resistance and can withstand dry climates well. Like all Acers, they love cool and humid environments in the summertime, so we protect them from direct sunlight.

This is the wild variety from which all of the others are cultivated. The Acer Palmatum are native to Japan and the Korean peninsula.

In spring, they sprout with a beautiful pink colour. They are not as spectacular as the Deshojo variety, but are very soft. In autumn, the leaves change colour, taking on a beautiful red. 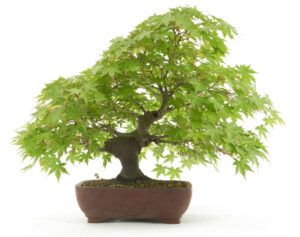 Its branches are very thin and its shoots are vigourous and resistant. This variety is very resistant and can handle dry climates well. For these reasons, it’s a favourite of aficionados.

The fine-branching varieties cultivated as bonsai in Japan are derived from this tree, chosen for the beauty of its leaves and the fineness of its branching.

The main varieties grown in Japan, all of which are more delicate than the wild Acer palmatum, include the following:

Katsura: with leaves in orange tones.

Arakawa: known for its strong and rugged branches.

Seigen: Known for the fineness of its branches. 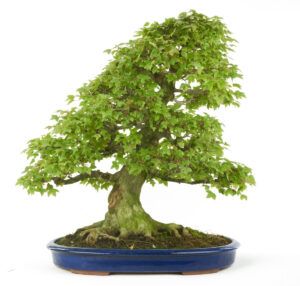 With a clover-shaped leaf, these trees are known for their strength and vigour. The leaves are very bright green and the shoots don’t stop growing throughout the vegetation season.

They can be pruned and cut many times, allowing them to be shaped very quickly. Thanks to their vigour, they are the Acers that are best adapted to dry climates.

The leaves are always green, but before falling, they take on a beautiful yellow colouration.

Now you know how to choose your red bonsai Japanese maple, which one are you going to choose?

Other readings about bonsai maples:

Why do maple leaves change colour?

My Acer’s leaves have scorched, what do I do?

How to care for your maple bonsai and not die trying