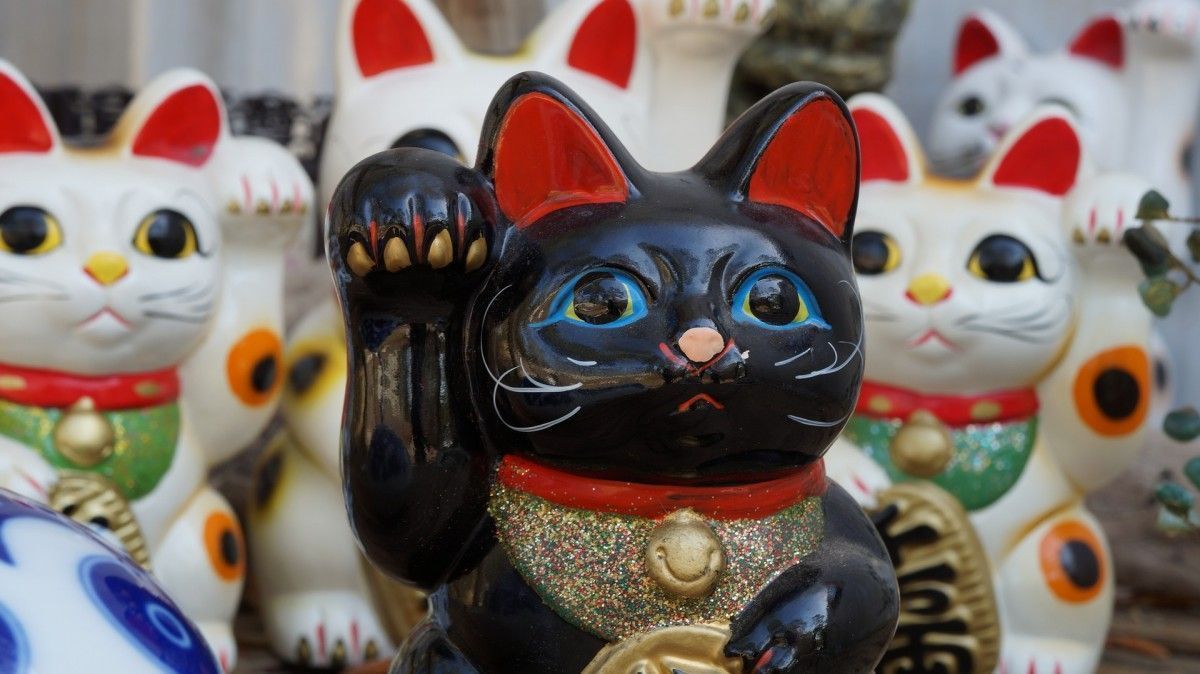 Maneki-neko is a fun cat figure (Japanese Bobtail), whose function is to bring good luck to both its owner and its business.

It is one of the most popular amulets in Japanese culture, although it became really popular in Chinese neighbourhoods around the world. For this reason, most people believe that this ‘lucky cat’ is originally from China and not Japanese. It is a much loved symbol in Japan, and is believed to call happiness, prosperity, success and money.

Legend has it that, in the seventeenth century, in a ruined temple, lived a priest with his cat Tama. They had serious problems to get nourishments, and when they got them, they were shared between the two.

Li Naotaka, feudal lord of the time of great fortune and wealth, went hunting in a forest near the temple. Suddenly, a storm appeared and he had to take refuge under the shelter of a tree waiting for the storm to pass. Just then, at the temple door, he saw a white, black and brown cat. The cat beckoned with her paw to go to the temple. Surprised by that gesture he decided to go there, and just a few seconds later, lighting struck the tree. The cat Tama saved his life. Grateful, the feudal lord ordered the temple repaired and gave the monk rice fields and cultivation, thus allowing the prosperity and wealth of the temple. 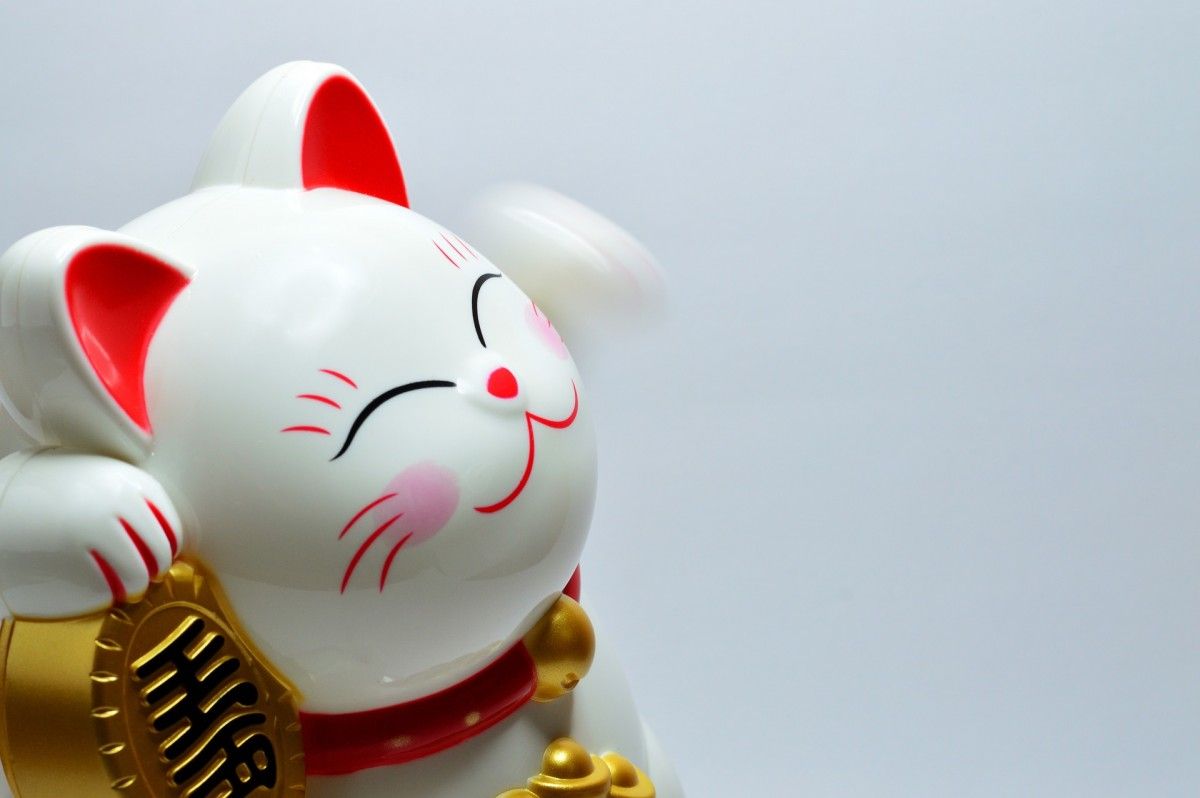 If you want the Maneki-neko to bring you good luck, the ideal place to locate it is overlooking the entrance of your home or business. From there it will exercise its function of bringing good luck and fortune. It should also be on a pad, a plate with rice or a banknote, so that it is not in direct contact with the surface. The Maneki-neko must be treated with respect.

Symbology and characteristics of the fortune cat

Usually the lucky Japanese cat has one of its paws raised at the height of its ear. With its palm forward he calls us to approach and enter the business. From his neck hangs a small bell, which drives away evil spirits, and with its other paw, grabs a gold coin, symbol of prosperity and fortune. The higher its paw is, the farther away it attracts good luck.

If the Maneki-neko has the left paw raised (which is the most common) it is the one that attracts customers, while if it lifts the right paw it attracts fortune and money.

Depending on their colour or the objects they hold, the Maneki-neko acquire different meanings. One of the most common is the white, black and orange Maneki-neko. It is said it is the one that attracts the most luck, but there are many colours:

Today you can also find them with ornaments:

Today this amulet can be found in different sizes, materials and designs; whether classic or modern, they are a fantastic gift.