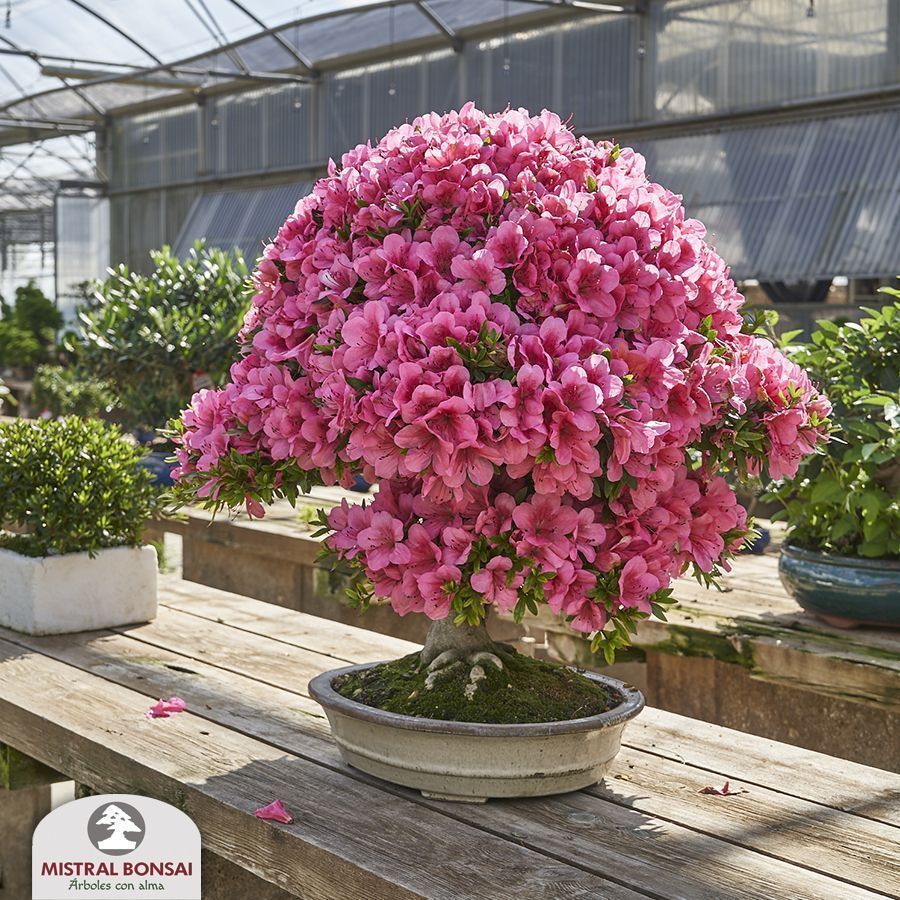 Azaleas experience an explosion of flowers during the spring. It is essential to know how the flowering of this rhododendron works in order to favour it and enhance its possibilities. In this post we will explain you how to boost flowering of your azalea bonsai in two easy steps, so you can enjoy its flowers for longer and you can make the most of the blooming season.

Azaleas are flowering shrubs in the Ericaceae family, they are also rhododendrons and members of the genus Rhododendron. Azaleas can be either deciduous or evergreen. In Japan it is a very popular plant, often used for the creation of bonsai. They are commonly known as the ‘royalty of the garden’ because of their brightly coloured flowers and its intense green foliage.

How does azaleas’ blooming work?

Azaleas bloom throughout the spring and their flowers often last several weeks (May and June in the temperate Northern Hemisphere, and December and January in the Southern Hemisphere). Therefore, at some point, some flowers will begin to wither while new ones continue to appear.

The secret of azaleas bonsai flowering in two simple steps

If you want to help your azalea bonsai to flower abundantly, you must follow these two simple steps:

We have made a video just for you

So you can understand it better and in a more visual way, we have created a video that will allow you to learn these simple steps that we explained above.

With this little gesture your azalea will be ready to continue blooming in all its splendour.