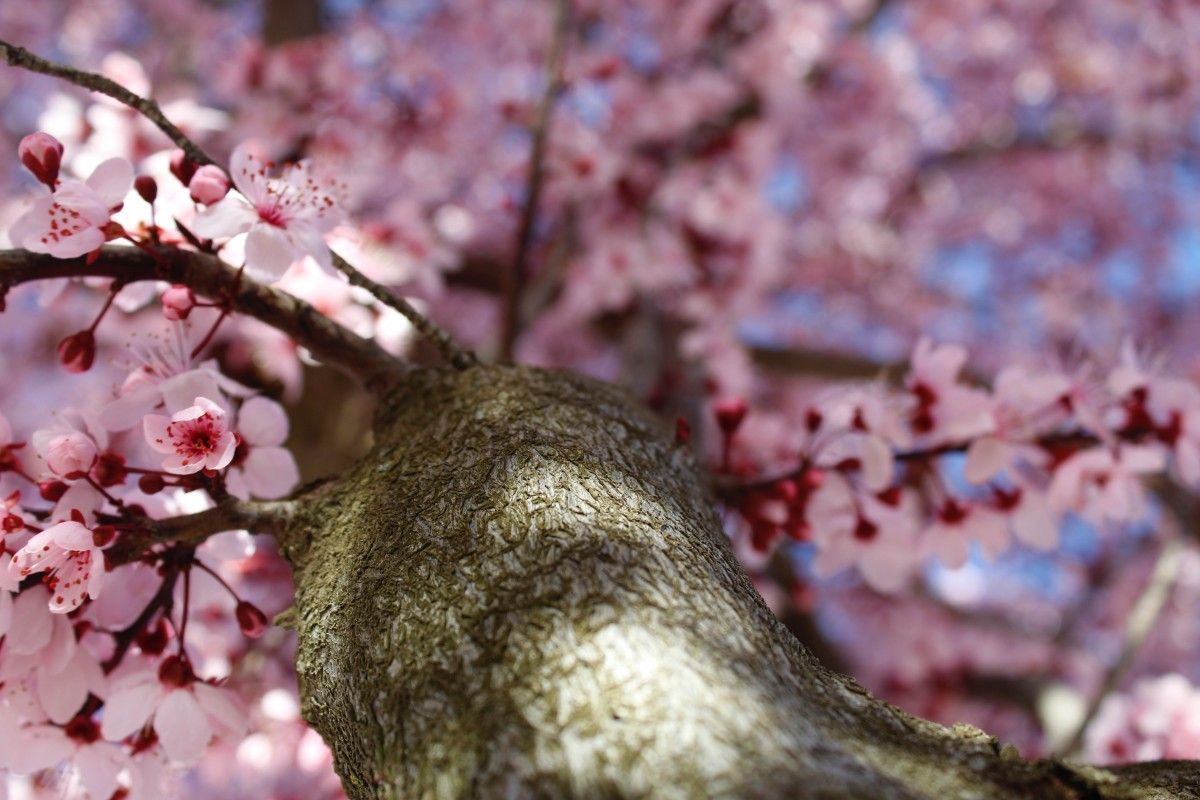 Do not miss this special blog about Prunus and its varieties. Discover the difference between the 3 most recognized varieties of Prunus in the world of bonsai.

A brief introduction of the genus Prunus to start with.

Prunus is part of the Rosaceae family, and counts more than 200 species, both in the form of trees and shrubs. They grow naturally in temperate areas of the northern hemisphere, especially in Europe and Asia.

Currently, the genus Prunus is highly prized for its fruits (cherries, plums, apricots, peaches, etc.). Prunus is also used in many countries as an ornamental plant since it has a very striking bloom (white or pinkish) and spreads a very characteristic smell.

It is a mainly deciduous genus, although some of its numerous species are evergreen. It generally has a grayish bark that darkens and cracks over time. Its leaves, alternate and petiolate, are usually serrate.

In the art of Bonsai, it is a widely used genus for its good bearing and above all for its striking early flowering.

The characteristic landscapes of cherry blossoms in Japan in spring or of almond trees in Spain, are one of the reasons why Prunus are considered jewels in the world of bonsai.

One of the reasons why the Japanese love cherry blossoms so much is because the petals of their flowers come off without wilting. For them, these petals represent the ideal of a healthy life, which ends without suffering or disease.

In Mistral Bonsai we have a wide collection of Bonsai and exemplars of the genus Prunus. Discover below the 3 main varieties of Prunus.

Prunus mahaleb, also known as St Lucie cherry, grows in much of Europe and North Africa. It is a wild plant, very resistant to cold.

The leaf is broadly oval with slightly serrated edges. The white flowers are grouped in clusters with a very characteristic intense smell. Unlike the other species we have in Mistral Bonsai, its flowering takes place at the same time as the departure of new leaves, in spring.

St Lucie cherry trees are distinguished from its Japanese relatives, the Prunus Mume, by the large amount of tiny cherries they produce.

Its fruit has a bitter taste and turns black when it ripens.

In addition to its spectacular flowering, it is necessary to highlight the yellow colour its leaves turned to in autumn, before falling. One of the most colourful moments of this species, almost comparable to the beautiful red tones of the maples.

In addition, its leaf is small, which is very interesting for shaping in bonsai.

Prunus mahaleb has a very hard and aromatic wood that is highly valued for dead wood work.

Being a wild plant, it is very often used as a rootstock for stone fruit trees, especially cherry trees.

Known as Nanking cherry, Shanghai cherry or Korean cherry, among others, due to its Asian origin.

The most remarkable feature of Prunus tomentosa is the dark reddish brown color of its bark, that cracks over time and desquamates in vertical strips. The leaves are alternate, oval, with serrated margins. In the under-part of the leaves are appearing hairs, giving them a more greyish colour.

The flowering is intermittent, it sometimes blooms simultaneously with the appearance of the leaves, and other times not, depending on the temperatures in which the flowering period is found. The white or pinkish flowers start directly from the young branches, literally covering them.

In mid-summer, the fruits, which grow along the stem, ripen in scarlet colour, producing a nice contrast with the bark. These fruits are edible.

It prefers full sun and grows naturally in a wide variety of soils. It is a variety very resistant to drought and cold.

Prunus dulcis, commonly known as almond tree, is a species belonging to the Rosaceae family, very characteristic for its early flowering. The trunk is rarely straight, with an ash-coloured bark that cracks and darkens over time. Its white flowering with pinkish tones occurs long before the leaves appear, at the beginning of winter.

The almond tree stands out for the size of its leaves. The leaves, deciduous, are lanceolate with serrated edges. From the point of view of the cultivation of the almond tree in bonsai, it is worth mentioning its reduction capacity, as with a good defoliation technique, its leaves significantly reduce its size.

Its fruit, the almond, is grown as a food product, that is consumed raw, toasted, salted or smoked. It is also used to produce nougat and marzipan. Its wood is highly appreciated in woodworking, since it does not crack, and for its red colour. 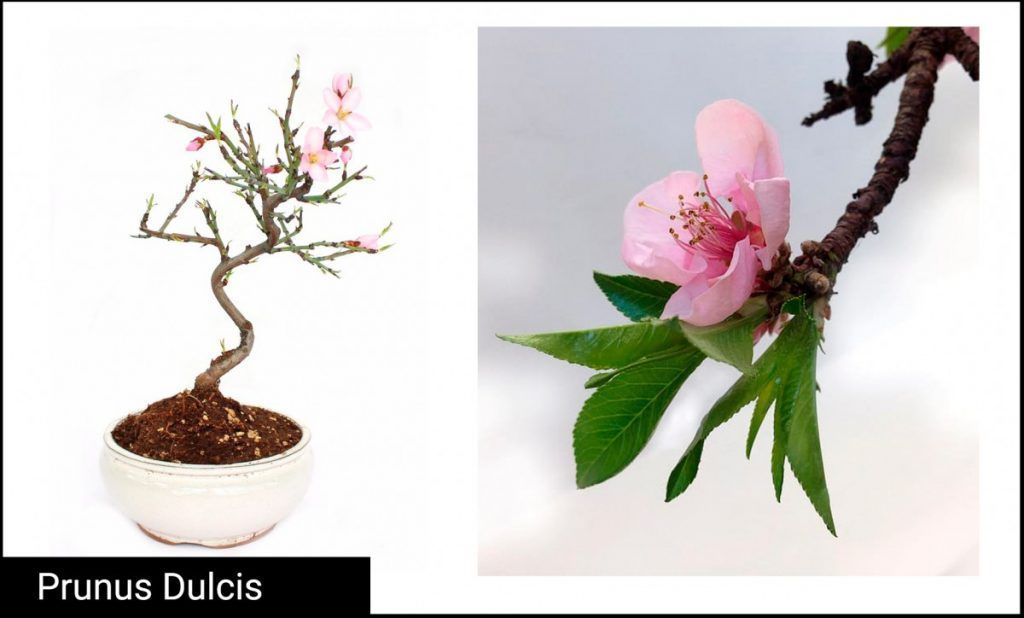