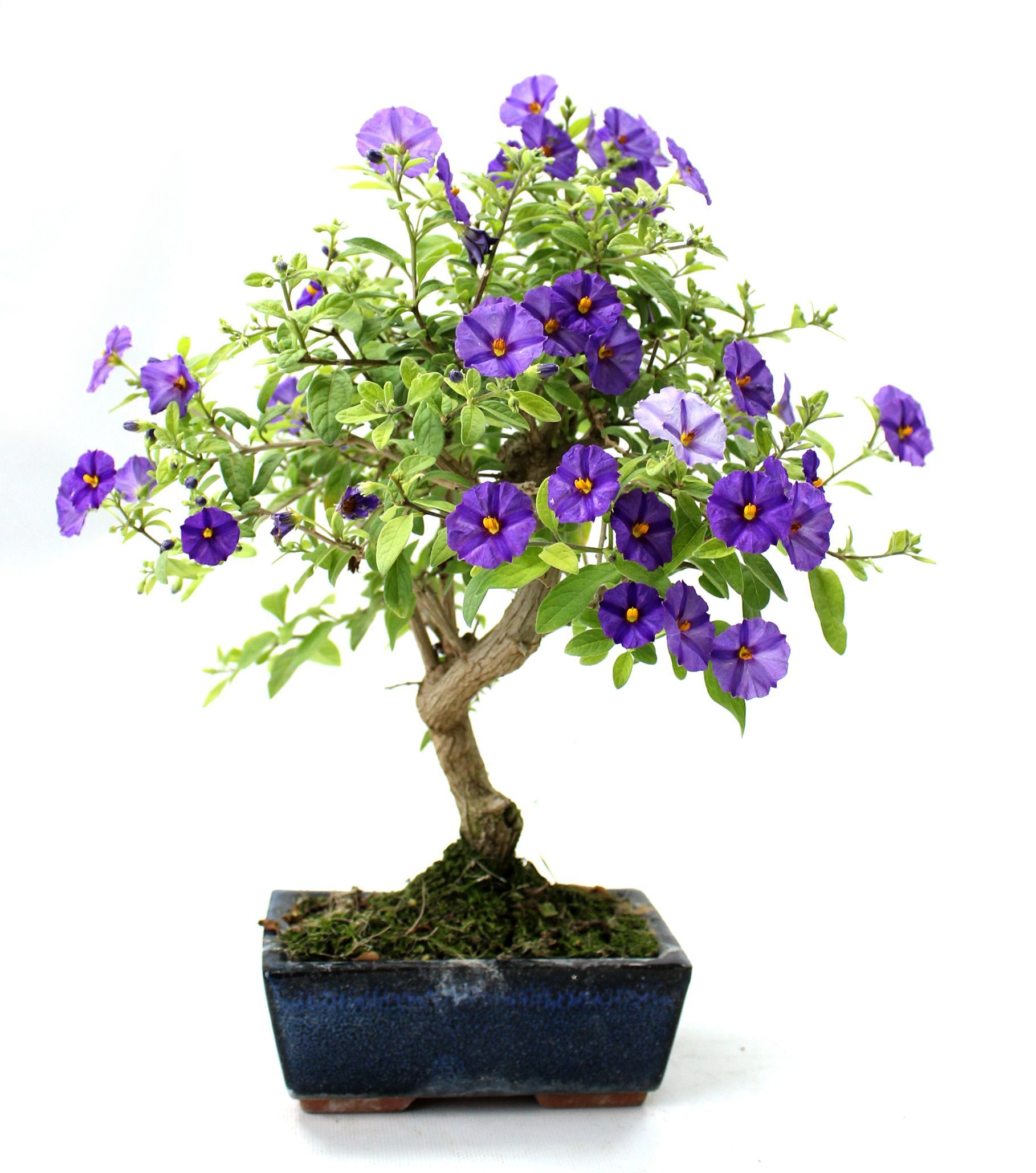 Depending on the variety, its flowers can be white, purple, and with different shades. This species has evergreen leaves. It blooms from summer to autumn.

The ideal location for this species is in full sun, but the bonsai has to be protected in a semi-shaded place from the hours of strongest summer sunshine. Its minimum temperature range is 5 ° C, it does not resist frost. Withstands moderate winds perfectly and its growth rate in optimal conditions is fast.

Water abundantly when the first centimeter of substrate is dry, until the water flows through the drainage holes of the pot. Depending on the location, the time of the year, and its orientation, the Solanum bonsai has to be watered from every day in summer to once a week in the heart of winter.

Fertilize with a special liquid fertilizer for bonsai (NUTRIBONSAI from Mistral Bonsai), mixed to the indicated doses of irrigation water. Then to be applied every two weeks through irrigation water, from April to October; and one time a month for the rest of the year.

Every two years, in early spring. The Solanum rantonnetii species will develop better in soils with acidic or neutral pH.

The commonly used substrates are Terrabonsai or an equal mixture of blond peat and Akadama.

It is a species that resists any type of pruning very well. Prune in late winter.

Pinch during the growing season (from April to October), when the new shoots have reached three pairs of leaves, maintaining the original bonsai profile.

It is not a bonsai to which the wiring of its branches is practiced much. However, in case of doing so, it is advisable to do it in spring before the sprouting.

It is a species of great rusticity and rapid growth, being able to reach up to two meters high.